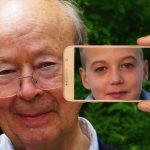 ChromaDex, the natural products company behind an anti-aging compound named the Most Promising Ingredient of the Year in 2012, just came into a ton of cash from one of the world’s top investors.

On Friday, billionaire Li Ka-shing—who is the richest man in Hong Kong—purchased $25 million in common stock of the publicly traded California-based company through his venture capital firm Horizon Ventures. This adds to an impressive list of investments for the group, which has backed over 40 disruptive global giants including Facebook, Spotify, Siri, Impossible Foods and DeepMind.

The Thing is becoming a board game — get a first look.