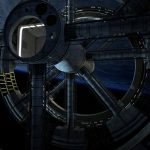 SpaceX said it plans to launch thousands of satellites on Falcon 9 rockets beginning in 2019 to establish what would one day become a global broadband internet constellation.

Towards an Economically Viable roadmap to large scale space colonization

Al Globus and Joe Strout have an analysis that space settlements in low (~500 km) Earth equatorial orbits may not require any radiation shielding at all. This is based on a careful analysis of requirements and extensive simulation of radiation effects. This radically reduces system mass and has profound implications for space settlement, as extraterrestrial mining and manufacturing are no longer on the critical path to the first settlements, although they will be essential in later stages. It also means the first settlements can evolve from space stations, hotels, and retirement communities in relatively small steps.

How can we continue to drive the costs down?