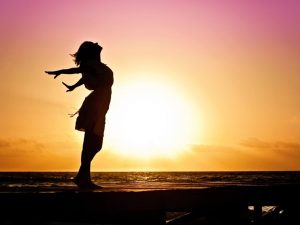 Phil and Stephen explore news stories that indicate we are, indeed, living in a golden age.

Goldman Sachs: space-mining for platinum is ‘more realistic than perceived’

Goldman Sachs is bullish on space mining with “asteroid-grabbing spacecraft.” In a 98-page note for clients seen by Business Insider, analyst Noah Poponak and his team argue that platinum mining in space is getting cheaper and easier, and the rewards are becoming greater as time goes by.

“While the psychological barrier to mining asteroids is high, the actual financial and technological barriers are far lower. Prospecting probes can likely be built for tens of millions of dollars each and Caltech has suggested an asteroid-grabbing spacecraft could cost $2.6bn,” the report says.

HumanCharger: Sun in Your Pocket

Invented in Finland, HumanCharger® is a bright light therapy device that has a unique and patented mechanism of action which stimulates the photosensitive proteins on the surface of the brain using a calibrated white light that passes through the ear canals. Using the HumanCharger® for only 12 minutes a day can significantly increase your energy levels, improve mood and increase your mental alertness.

Doctors 3D Printed a Replacement for This Woman’s Damaged Spine

Doctors in India replaced a woman’s damaged vertebrae with a 3D-printed titanium copy during a 10-hour surgery that was the first of its kind in the nation.

3D printing technology allowed the doctors to created a perfect replacement part for this patient, another way that technology is leading us into an age of personalized healthcare.

A UK-based team of researchers has created a graphene-based sieve capable of removing salt from seawater.

The sought-after development could aid the millions of people without ready access to clean drinking water.

Louisiana Tech takes their mascot to the edge of space!