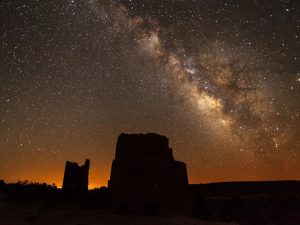 Scientists claim to have found language of ancient Indus civilisation

After months of speculation, Blue Origin finally released more details about its New Glenn rocket on Tuesday. The 82-meter-tall rocket will have the capacity to lift 45 tons to low Earth orbit and an impressive 13 tons to geostationary transfer orbit.

Why is NASA going to visit the giant metal asteroid 16 Psyche?

Psyche’s stand-out feature is that it is made almost entirely of metal.

Bizarre flashes of cosmic light may actually be generated by advanced alien civilizations, as a way to accelerate interstellar spacecraft to tremendous speeds, a new study suggests.