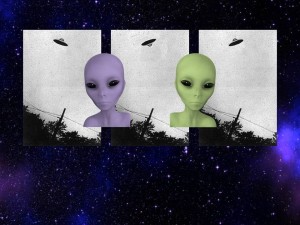 Phil and Stephen discuss how we might find aliens via astronomical observation.

The So-Called Alien Megastructure Just Got Even More Mysterious

By carefully examining all the full-frame images collected during Kepler’s observational campaign, Montet and Simon discovered something astonishing: Not only did the star’s light output occasionally dip by up to 20 percent, its total stellar flux diminished continuously over the course of four years.

Have we detected an alien megastructure in space? Keep an open mind

If you give aliens the credit for strange phenomena, you’re probably wrong.

Want to Find Aliens? Look for Planets That Have Become Stars
OTHER GEEK

There Are Enough Superheroes for 3,400 Years of Movies

Between Marvel and DC there are some 17,000 characters to choose from—enough for them to keep battling it out for box office dominance for the next 3,400 years. Find out more about the ultimate superhero box office face-off in the stop-motion paper animation above.