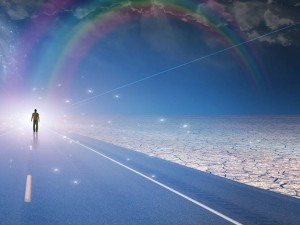 Phil and Stephen discuss three varieties of possibility and list examples of each:

The adjacent possible is a kind of shadow future, hovering on the edges of the present state of things, a map of all the ways in which the present can reinvent itself.

Possibilities that we are only a step or two away from.

Question: where do we put life extension, cure for cancer, jobless economy?

Possibilities both near and far that we haven’t thought of yet., e.g. when Amazon said they were looking into doing deliveries via drones.

Some ideas are well known by some but still the hidden possible for many others: