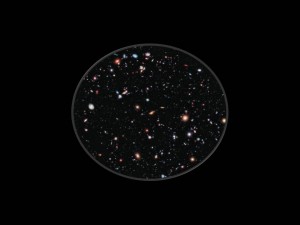 We could be “looking at” dark matter here.

A Giant Galaxy Orbiting Our Own Just Appeared Out of Nowhere

A while back we learned that there could be more planets — even big ones — in our solar system that we still haven’t discovered. Turns out there are also whole galaxies right in our neighborhood — orbiting our own galaxy! — waiting to be discovered.

Lucky it’s not one of these:

But even dodging that bullet doesn’t help us much in the long run:

The universe will end much sooner than previously thought, says study

Expansion is 8% greater than we thought. We’re that much closer to the “big freeze” at the end of time. (Still not particularly close, of course.) What’s driving the faster-than-expected expansion? Possibly dark matter — see above.