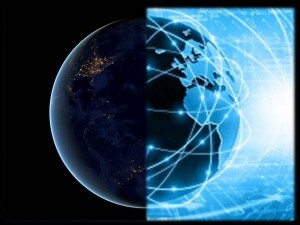 Jim Elvidge returns to The World Transformed to discuss his ideas about the digital nature of reality and the possibility that consciousness is separate from the brain and an influencer, if not the creator of reality. Hosts Phil Bowermaster and Stephen Gordon discuss the implications of these ideas with Jim, including such far-reaching topics as:

The Nature of Matter

Jim Elvidge holds a Master’s Degree in Electrical Engineering from Cornell University. He has applied his training in the high-tech world as a leader in technology and enterprise management, including many years years in executive roles for various companies and entrepreneurial ventures. He also holds 4 patents in digital signal processing. Beyond the high-tech realm, however, Elvidge has years of experience as a musician, writer, and truth seeker. He merged his technology skills with his love of music, developed one of the first PC-based digital music samplers, and co-founded RadioAMP, the first private-label online streaming-radio company.

Jim has spent many years researching the fields of quantum mechanics, cosmology, ancient history, consciousness, anomalous occurrences, and future technologies. He explored the interrelationship of these factors in his first book, The Universe Solved and is currently working on a second book that digs deeper into the possibility of digital consciousness.