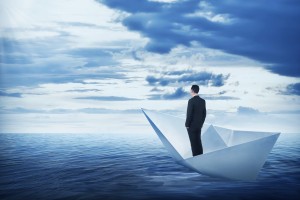 Writing for the New York Times, Eduardo Porter claims that America’s Best Days May Be Behind It. Citing Robert J. Gordon, author of The Rise and Fall of American Growth, Porter makes the following claims:

Innovation will trundle along at the same pace of the last 40 years, Professor Gordon predicts. Despite the burst of progress of the Internet era, total factor productivity — which captures innovation’s contribution to growth — rose over that period at about one-third the pace of the previous five decades.

That’s hardly the worst part of the story. The labor force will continue to decline, as aging baby boomers leave the work force and women’s labor supply plateaus. And gains in education, an important driver of productivity that expanded sharply in the 20th century, will contribute little.

Moreover, the growing concentration of income means that whatever the growth rate, most of the population will barely share in its fruits. Altogether, Professor Gordon argues, the disposable income of the bottom 99 percent of the population, which has expanded about 2 percent per year since the late 19th century, will expand over the next few decades at a rate little above zero.

In short, we the argument goes, we are seeing the rise of the first generation in US history who will not be better off than their parents.

Is decline inevitable? Hosts Phil Bowermaster and Stephen Gordon argue that is is not. Moreover, they make that we are on the brink of unprecedented economic growth.

Are the best days behind us or right in front of us? Tune in and explore.