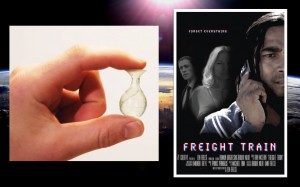 We live in what is sometimes called the Age of Possbility, and sometimes the Age of Capability. We have more information, resources, and connections to other people at our fingertips than in any earlier era.

But what are we doing with those capabilities? What new possibilities are being opened up?

Whatever the goal — publishing the world’s longest book, crowdfunding a new invention, or bringing your vision to the big screen — the time has never been better for those with big ideas to make them happen. Join us. 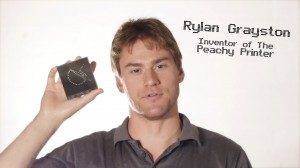 Rylan Grayston is a 28 year old entrepreneur living in Yorkton, SK. He has been very inventive and creative all of his life. From an early childhood he was always taking things apart, starting with his baby gate!

After high school Rylan decided to explore and gain real life experience. Over the years he worked in as many fields as he could including pottery, mechanics, advertising, 3D modelling and animation, programming, and many more.

Throughout all of the job titles, only one has really stuck – Inventor. Rylan is a deep thinker and loves keeping up to date with technology and the ethics surrounding our new found abilities. He is an active member of the Freedom Software Foundation and the Blender community. 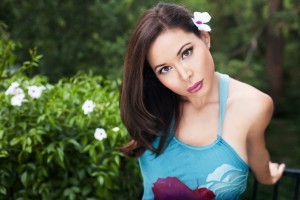 Radhaa Nilia is an independent filmmaker, actress, model and a certified energy healer. Last month she received the award for Best Director for her film Hope Cafe — which she also wrote, produced, and starred in — at the Indie Fest International Film Festival. She is also up for Best Actress for her performance in ‘Freight Train’ — another movie made by Radhaa herself — at the OneFilAm Festival coming up this weekend in Hollywood. Radhaa will be a co-host and speaker at that event, where she will be focused on fundraising for disaster relief related to the recent devastating typhoon in the Philippines.

Radhaa was recently honored to be selected out of thousands of women filmmakers as one of the eight finalists for the 2013 Alice Guy-Blanch’ award, one of the most prestigious awards for women filmmakers. She is a journalist for LA Splash magazine where she interviews celebrities and other folks in the entertainment industry. And she models for Levis in New York and for Dream Girl in LA.

When not busy with all these other endeavors, Radhaa enjoys spending time with her two dogs and enjoys nature. She leads a vegetarian lifestyle and practices yoga and meditation.