The first blows in the war between human and posthuman have been struck.  The world will never be the same. 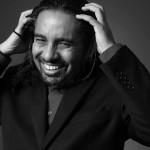 Ramez Naam has been described as “the only serious successor to Michael Crichton.”

He was born in Cairo, Egypt, and came to the US at the age of 3. He’s a computer scientist who spent 13 years at Microsoft, leading teams working on email, web browsing, search, and artificial intelligence. He holds almost 20 patents in those areas.

Ramez is the winner of the 2005 H.G. Wells Award for his non-fiction book More Than Human: Embracing the Promise of Biological Enhancement. He’s worked as a life guard, has climbed mountains, backpacked through remote corners of China, and ridden his bicycle down hundreds of miles of the Vietnam coast. He lives in Seattle, where he writes and speaks full time.
Popular Technology Internet Radio with The World Transformed on BlogTalkRadio
About Phil 523 Articles
Phil Bowermaster is a nationally recognized author and speaker. He has more than 25 years experience writing about emerging technologies and the future. As co-host of the popular Internet radio series, The World Transformed, Phil has talked with leading scientists and technologists, best-selling authors, philosophers, filmmakers, artists, entrepreneurs and others who are shaping our understanding of the amazing era of transformation in which we live. Phil helps leaders and their organizations develop strategies for managing accelerating change. He shows how imagination, optimism, empathy, and humor can make all the difference in both understanding and making the most of the powerful currents of change we face.